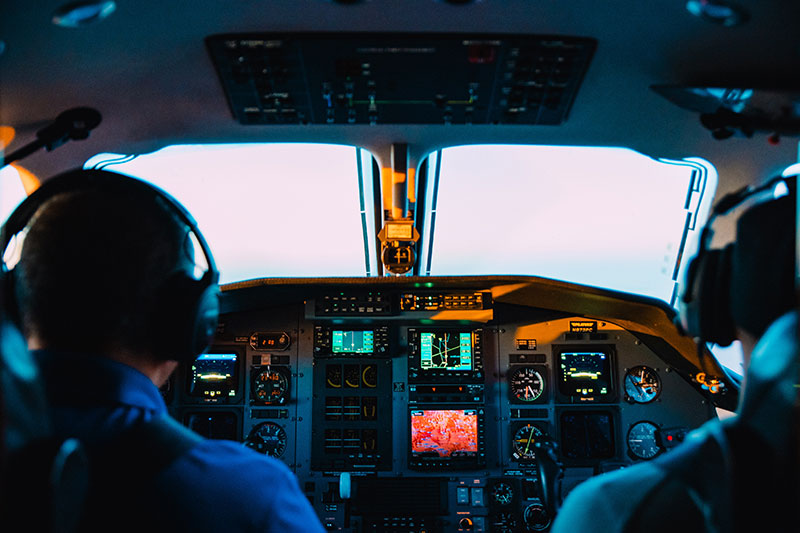 (Not a Cessna, but a cool photo by Caleb Woods on Unsplash)

ASTi was selected to provide the sound and communications simulation capabilities for an FAA level D certified Cessna Caravan trainer.

(Not a Cessna, but a cool photo by Caleb Woods on Unsplash)

Facilities are also provided for the generation of ATIS and background chatter transmissions. Additionally, the IOS is provided with its own simulated radio-set to provide accurate radio communications training as well as intercom capability for IOS private, override, student, and simulated aircraft intercoms.

The Environmental Cue simulation requires accurate sound representation of propeller, engine, hydraulics, and other system elements. Eight independent sound channels provide correct representation of amplitude, frequency and location. Some of the sounds included in the simulated environment are:

A scalable platform is used; this provides the ability to add DSP resources as required for final certification. The initial environmental cue model was produced by ASTi, and sound analysis and spectral plot comparison was used to accurately validate the simulated versus the actual aircraft sound environments.

Our customer found ASTi equipment simple to use, and opted to perform final tuning and sign-off with the end-customer on his own.

One of the significant system features that creates such a tunable environment is the ability for the user to modify, add, and/or subtract elements from the sound model in real-time. Providing immediate results, no coding or recompilation of the software is required. Hence, the user can work directly with the pilot or sign-off authority, rapidly make model changes, and respond to comments, greatly reducing overall time and effort.

As with the communications modeling, the host simulation computer passes high-level state parameters such as Engine RPM, Blade Pitch, Weight On Wheels, etc. to the aural cue and environmental audio model. The sound model itself can produce complex sounds based solely on these inputs. This translates to little or no additional coding on the part of the host in order to drive the environmental cue models.