ASTi is participating in a combat operations program evaluating synthetic and virtualized technologies for military security forces. This pilot program showcases a distributed virtual training environment that connects infantrymen in separate simulator pods to a shared, virtual space. Trainees wear sensored suits that track location and movement within an immersive, 360-degree enclosure. The simulation can operate in single-player or multiplayer mode. 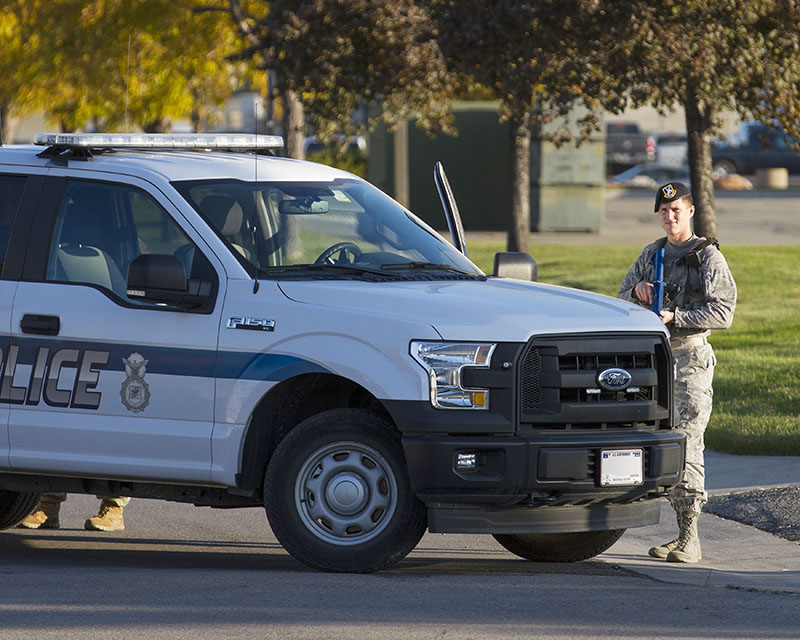 Distribute a voice communication and battlefield sound environment to a network of simulators, creating a shared, audible environment.

ASTi’s Earshot fills the void, adding an element of realism that standard game voices just don’t have. This sound-field reconstruction product generates an acoustic soundscape with physics-based accuracy and proximity-based sound effects. It augments the visual environment with three-dimensional battle sounds, such as the roar of a passing aircraft, the thunderclap of grenades, and the audible crack of gunfire. Soldiers rely on these effects to identify enemy threats and fire their weapons in response.

Directionality and distance-attenuating effects behave just like they do in the real world. Earshot dynamically tracks the virtual locations and orientations of simulated entities, including ground vehicles, aircraft, weapons fire, and detonations. To create realistic timing, it calculates the distance between the listener and the sound, inducing a delay. Voices and sounds become louder or quieter depending on the listener’s position, so avatars must be in hearing range to communicate. Earshot also models a sounds’ motion and speed as it approaches or withdraws from players, allowing them to estimate distance.

The resulting experience is both functional and realistic. Trainees in separate simulators can communicate by speaking into wireless microphones, as if they are occupying the same space. Earshot gives them the freedom to move unhindered through the simulation without getting tangled in wires or cables.

To meet the Air National Guard’s tight budget and schedule, ASTi based the audio comms subsystem on its Voisus product line. Voisus is a mature commercial-off-the-shelf (COTS) product that ships from stock and deploys right out of the box. Interoperable with DoD simulation and networking standards, Voisus’s software and hardware interfaces work with most consumer and military audio devices.

Integrating Earshot into the simulators was easy. Customers just had to connect Earshot to a network, set up the Voisus web interface, and acoustically optimize the simulators’ speaker array. The configuration only required one custom task: designing simulator audio cables. Earshot’s ready-to-go operation was critical to the program’s success, eliminating development time and reducing integration time and costs. Most importantly, it decreased the customer’s perceived risk of implementing simulator sound systems.

Design a flexible solution that can adapt to future deployment challenges.

These days, the training industry is trending towards mixed-media solutions and game-oriented, virtual reality (VR), mixed-reality, and augmented-reality environments. Many applications are using technology to bypass high-dollar training items, and the security forces pilot program is no exception. As a prototype for future capabilities, they hope to transition their configuration to a software-only virtual environment. The program also plans to add speech recognition and radio comms to the simulation’s virtual avatars. 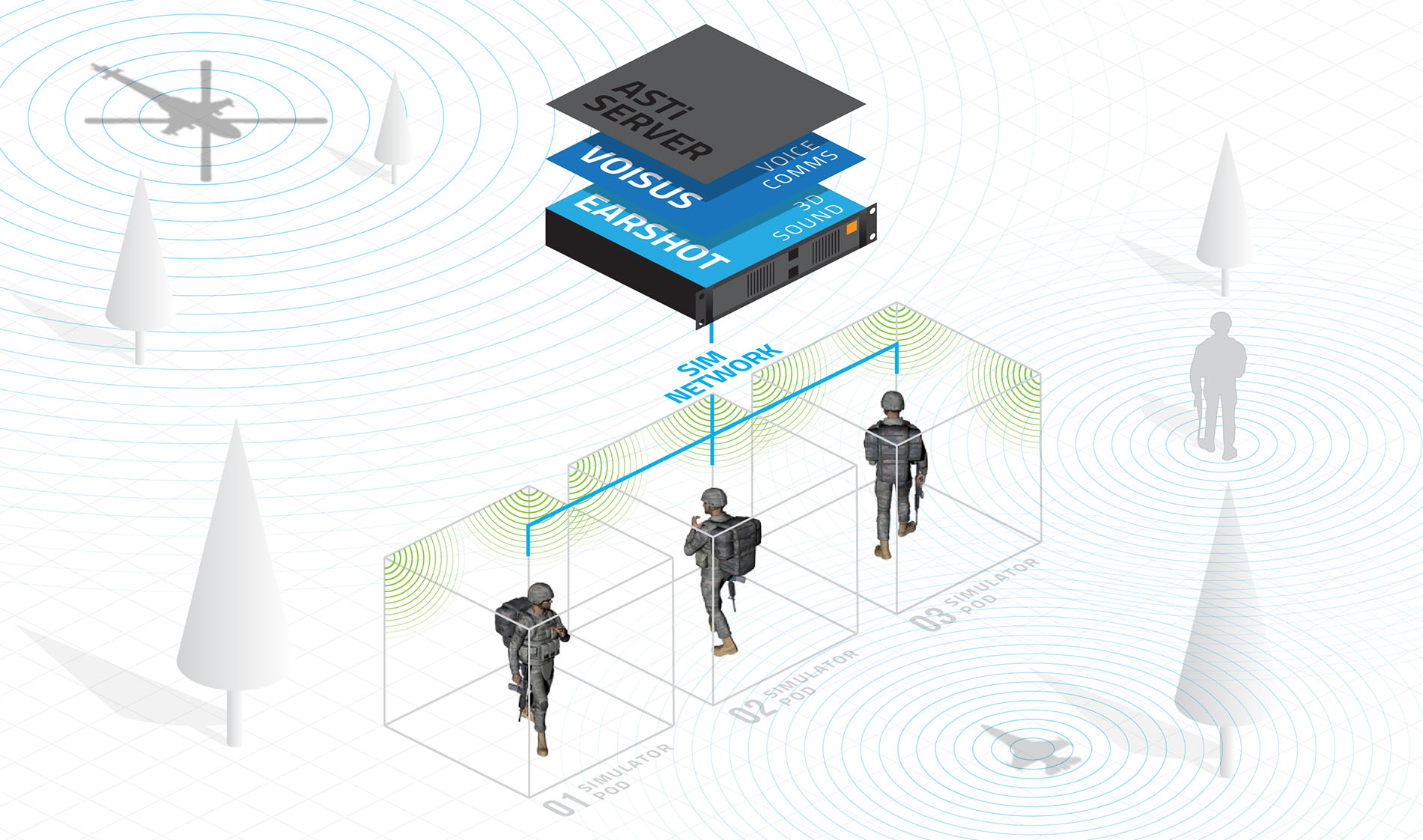 Earshot simulates an immersive, 3D soundscape, accurately modeling the battlefield sound environment as well as acoustic, through-the-air voice communications. Earshot works out of the box: all you need is a network connection and minimal configuration to map sounds to entities.

The appearance of U.S. Department of Defense (DoD) visual information does not imply or constitute DoD endorsement.