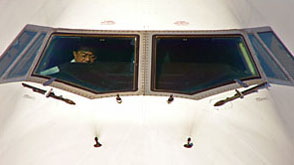 Communication in the commercial world is primarily restricted to aircraft-to-ground and crew-to-crew links. The training focus is on learning and following communication protocol when communicating with various ground control stations (tower, approach control, etc.), and properly operating the provided communications equipment. This includes the simulation of all audio tones associated with the navigation equipment, and warning and caution systems fitted to the aircraft. Essentially, all audio that is heard in the crew headset.

ASTi is able to provide the basic audio routing capability required to replicate the various communications systems within the cockpit, and a highly accurate radio environment, through our hardware and software solutions. This provides the capability to either generate any required tones, or to allow the replay of digitally sampled recordings.

The highly flexible object-oriented approach used by the ASTi software environment, results in a very adaptable and perhaps more importantly tunable system. This is significant when considering the selection of the communication simulation system, as FAA certification requires a subjective approval by an aircraft-experienced flight crew. The ability to efficiently and accurately make changes to the system in realtime may result in a much smoother certification test than might be otherwise possible.

Typically, there are two approaches used in the commercial simulation world in providing the communications infrastructure with the cockpit and to the instructor facilities. The first approach uses simulated communication panels and allows the audio system to implement all routing and control in a simulation model. The second approach uses actual aircraft hardware and inserts the audio system between instructor and crew to act more fundamentally as a digital audio switch. 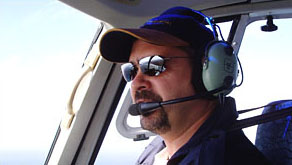 In this case, the general approach is to provide simulated replicas of all crew communication panels and link all control inputs (such as radio transmit selectors, volume controls, and indicators lights) to the simulation I/O system. The audio system is then able to provide the crew and instructor audio directly, based on a software model running on the audio system.

The advantage of this approach is that the required number of audio channels is reduced to the basic minimum—typically 1 channel per crew headset, 1 channel per cockpit loudspeaker, and 1 channel for the instructor headset. A typical system for a modern wide-body commercial aircraft will require between 12-18 channels. The host simulation computer provides the audio system with the required data to implement the required audio routing, tone generation, and so on.

ASTi platforms are ideally suited to such an approach since all commonly required elements are included in the software as configurable objects. This includes elements like communication panels, radio transceivers, navigation aid receivers and transmitters, and tone sources.

The digital switch-based approach is required when the cockpit system is implemented by utilizing original “aircraft” communication control hardware. With such a system, crew audio routing and control is achieved within the hardware, as in the aircraft, but of course the problem is how to route the instructor and other audio sources, such that the system appears to have all the audio assets that the aircraft utilizes.

The solution is to insert an audio system between the cockpit and the instructor, such that all the radio inputs and outputs are linked matrix-style. Therefore, if the instructor wishes to communicate with the crew via say an HF radio, the instructor microphone would be routed to the HF radio input of the cockpit system, and conversely the instructor headset would be linked to the HF transmit feed of the cockpit. Note that it is still possible to utilize the full capability of the ASTi radio environment by linking the appropriate radio objects into the audio matrix within the model. The audio system can also be used to generate any required audio tones and signals, based on host supplied data.

Although this approach was used for many years, this is becoming increasingly less popular since so many aircraft communications systems are now implemented using varying levels of digitization, making it increasingly hard to use within a simulated environment.

Where this approach is still applicable this technique results in a potentially high audio channel count since each crew member will have multiple audio inputs and outputs; however, the modeling requirement within the audio system is somewhat simplified.

ASTi’s range of scalable I/O hardware is able to accommodate the requirements of even the most complex commercial audio system utilizing the “aircraft panel” approach.

The Automated Air Traffic Control (AATC) requirement due for introduction with the release of ICAO 9625 Edition 3, will significantly add to the functionality required to be supported within the communication simulation. Whereas previously it was possible to simplify the radio simulation, it will now become necessary to accurately simulate the radio environment to a much higher fidelity. Features such as radio reception range and signal-to-noise levels, stepping on other radio transmissions, and terrain occultation will become significant.

However, the primary requirement will be to support an Automated Speech Recognition capability, coupled to an ‘intelligent’ synthetic speech response system. This combination is configured to provide the interaction that will emulate the radio environment typically experienced by a flight deck crew. The ICAO document outlines the required capabilities and fidelity levels, and you can be sure that ASTi is well positioned to satisfy this requirement. The tight integration of the automated speech recognition and synthetic speech presents a solution from ASTi that both performs to the highest levels available from any competing solution, and integrates in a manner that is barely discernible from a standard Telestra solution.