ASTi recently completed a full sound system update to meet FAA FAR Part 60 regulations on a Boeing Next-Generation 737 full flight simulator for a leading flight training services provider. The project's aggressive schedule ensured the simulator attained Level D and Ready for Training (RFT) certification merely 8 weeks following ASTi's receipt of the request for proposal. ASTi's ability to meet such an ambitious deadline is testament to the responsiveness and adeptness of its engineering and production departments.

ASTi engineers traveled to Miami to perform final system integration and tuning over a period of only three days. The sound QTG was re-run with the FAA during simulator certification testing, and all resultant sound pressure level plots fell within the +/-5dB tolerance prescribed by the regulations.

While this schedule was exceptional, this project demonstrates the flexibility of ASTi's Telestra toolset—specifically, those elements targeted at Level D performance—the experience of the ASTi engineering team, and the cohesive nature of the ASTi organization. 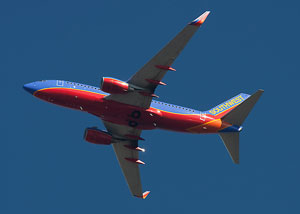