The modeling, simulation, and training (MS&T) adage “Train as you fight, and fight as you train” doesn’t just apply to sophisticated visual environments and operational gear. It applies to every aspect of training—including radio signals and audio warnings.

In real life, pilots can perceive the distance and direction of sounds. Unfortunately, most training systems don’t provide this level of realism, leaving trainees woefully unprepared for actual combat. Programs need a way to reproduce high-fidelity comms in a stereo headset or helmet, preparing future pilots for a battle’s most critical moments. 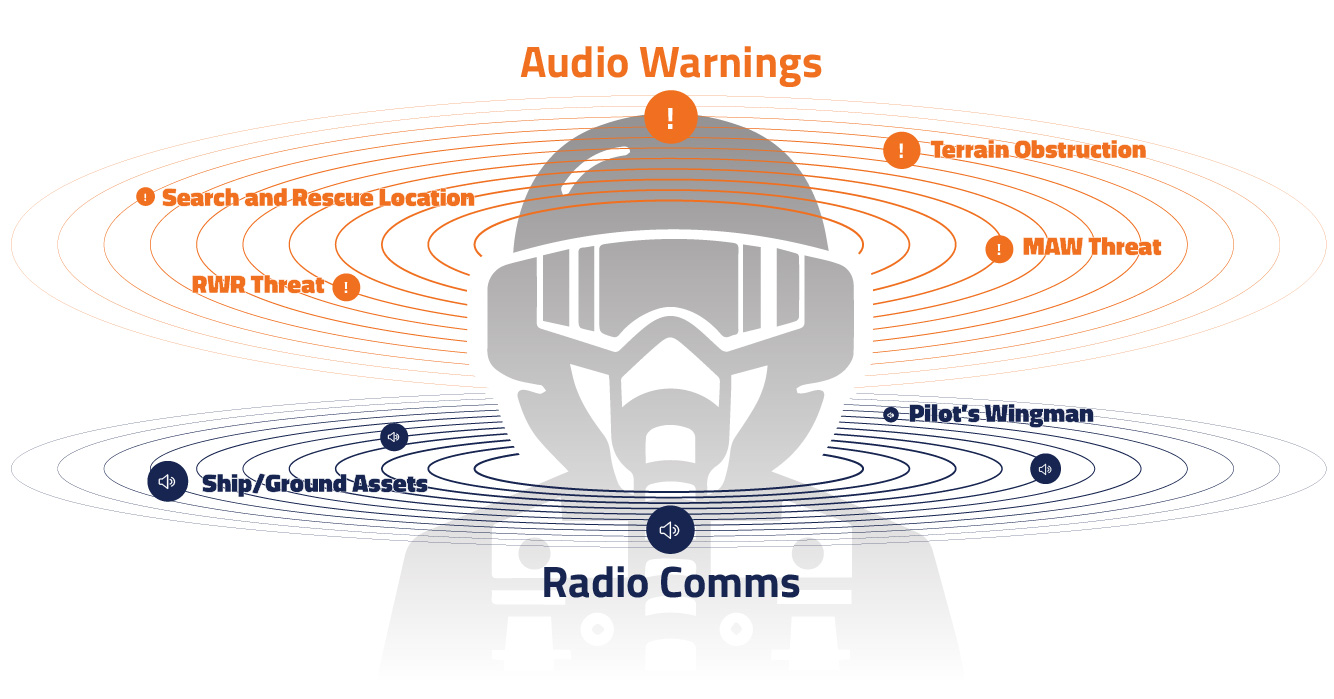 Since Telestra is a components-based solution, it’s easy to replace models that use mono or stereo comm panels with an HRTF comm panel. Upgrading models to support 3D audio requires minimal changes: just a software upgrade, a few model tweaks, and updates to provide positions over the host interface. Stereo audio interfaces and helmets are ready to support 3D audio, but other sims may need to upgrade to ACU2s.

Telestra is compatible with any land, air, or sea simulator, whether it’s brand new or an existing system going through a lifecycle update. In aviation, pilots may notice that many upgrades to existing aircraft include 3D comms in the cockpit: